Finally. It’s here. After one massive road trip, tracking down the best of British street food in four regional heats, the public will get to vote for their winners at the 2016 British Street Food Awards. This almighty food fight will take place over one weekend (17th & 18th September) at the Digbeth Dining Club, in Birmingham, which has won the award for Best Street Food Event twice in the last three years. It will be the stuff of legend.

Whether it’s London Union, and their plan to open up to 20 new street food markets in London, or the new Taste Buchanan street food market in Glasgow – on the third floor – street food is exploding. And the British Street Food Awards’ drive to find the next big thing has never been more necessary.

Traders have been cooking up a storm to win the Awards since 2010, but this year has been the best ever. They have set up shop in some perfect ‘found’ places – including Leeds Dock, an oyster festival in County Down and Blackheath Common. The Rainbow Arena, an old builder’s yard overlooked by the disused railway line that runs through the heart of Digbeth, will take things to a new level.

The Festival will be the ultimate expression of the street food lifestyle. And about much much more than food. The very best traders from all across the UK, will be gathered together in one place for the public’s finger lickin’ pleasure. But they’ll be doing what they do against a backdrop of live music, beer buckets, street art, 8-bit gaming, fire pits and #vibes unbounded.

British Street Food are launching the world’s first street food craft beer at the Festival – which will work alongside everything from tofu to tacos. London Craft brewers UBREW and BSFA alumni have selflessly given time (and tacos) to develop a session beer to be proud of. Plus there’s LeftFoot DJs, JamJah Sound, Dead Pixels retro gaming and street art. And seminars on the future of food.

Winners of the Awards will qualify for a coveted pitch in Trinity Kitchen, the street food mall in the sky curated by British Street Food, and a month of pitches at one of London Union’s markets in London. Plus a set of crockery from Steelite for all those lifestyle photoshoots in the Saturday supplements. But – best of all – they will win the respect of their peers.

For LIVE results follow @britstreetfood
For pictures on the day @britishstreetfood 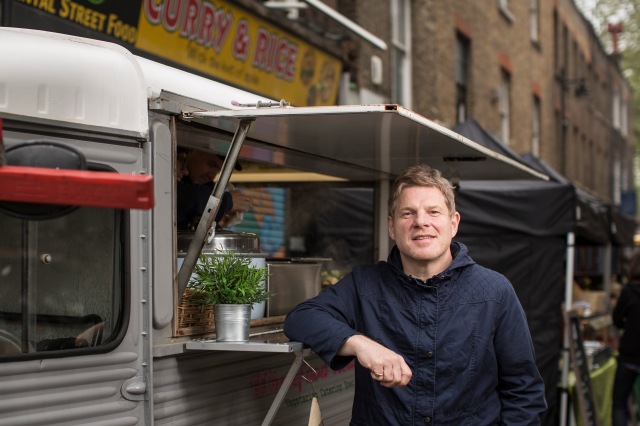